Menu
Cart
We already told you about an 8-inch Android tablet from Samsung getting Wi-Fi and Bluetooth certified. And now, a 12-inch Windows 10-powered Samsung tablet has received these certifications. The device carries a model number of SM-W700. 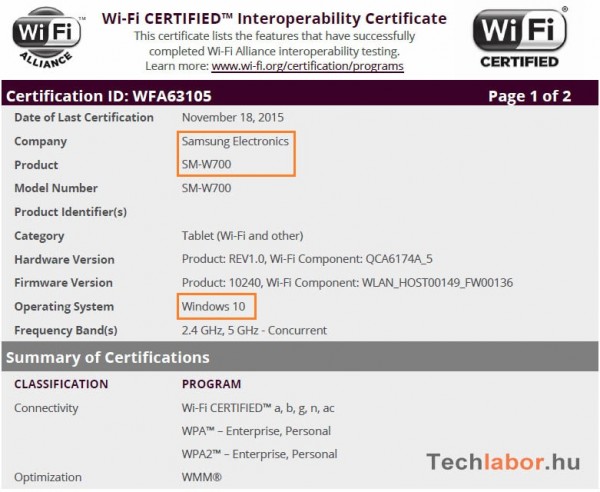 For those who aren't in the know, this is not the first time we're hearing about a 12-inch Windows 10 Samsung tablet - back in August this year, there were rumors that the South Korean company is working on such a device, and that it could be released at some point in the future.
While there's no confirmation, the tablet is said to be powered by a 14nm Intel Core M processor and sport a 2560 x 1600 or 3840 x 2400 pixel resolution display. Weighing in at 600g and having a thickness of 6.2mm, the device is rumored to come with 4GB of RAM as well as the S-Pen.
Courtesy to GSMarena