Patience is definitely running thin among Lumia users, as the Windows 10 update has proven an even longer and more confusing affair than anyone could have initially predicted. It is clear that Microsoft's new mobile OS won't remain reserved for its new offers, like the Lumia 950 and 550 alone and that it will be dissipated as best as possible throughout the ream of legacy devise as well. However, what was initially set to happen around the end of last year was then replace with a vague promise of an early 2016 release frame. But perhaps worse of all is the almost insurmountable confusion regarding the exact list of eligible devices. Everybody seems to have a slightly varying list of devices it deems trustworthy, from early rumors and all the way to official carrier announcements and even the Microsoft website. It doesn't help either that reports are already flying in of certain Lumia 535 and Lumia 640 devices, receiving the eagerly anticipated OTA. 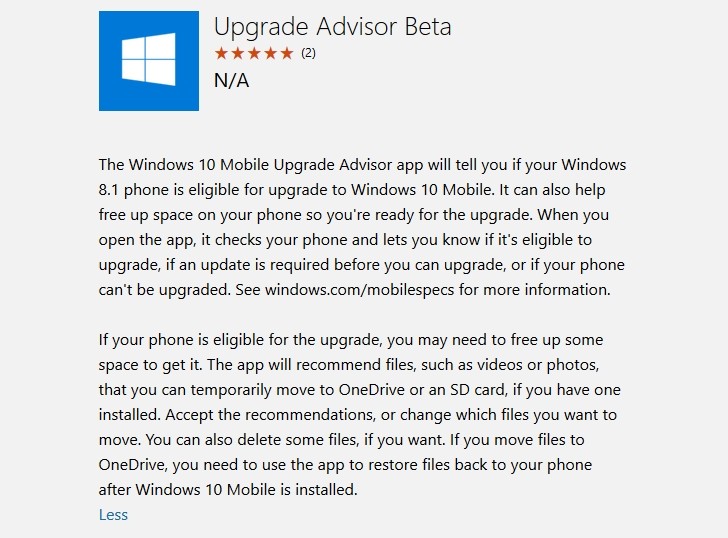 Luckily, it seems that the US giant has finally come to its senses and decided to put a stop to all the confusion once and for all, or at least seems to intend to do so with a new app it is developing. Dubbed Upgrade Advisor, it is designed to be a one-stop source for Windows 10 update questions, as well as a source for tips on how to prepare your device for the new firmware and most importantly – whether it is eligible for the update at all. The app can already be found within the Microsoft store, but it is still marked as Beta and not available to everyone. Hopefully this will change shortly. 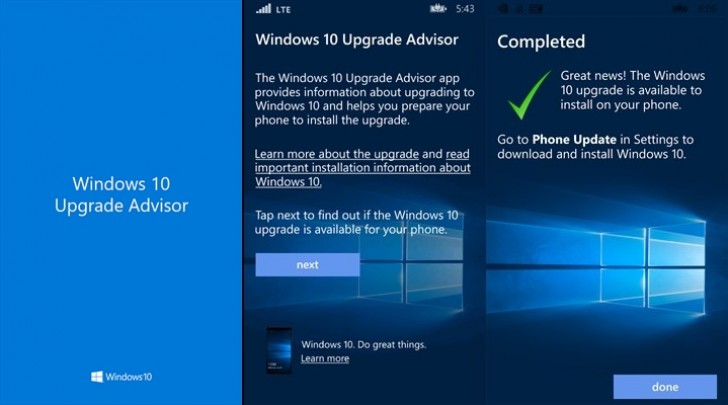 In the meantime, there are a few already known requirements to get the update that we can reiterate for you. First of all, your Lumia needs to have at least 8GB of storage, 1.5GB of which free as a minimum for the installation process to work. Your current software version must also be 8.10.14219.341 or higher, or in other words, you must have the Lumia Denim update already installed. Also, as far as we currently know, the initial Windows 10 build that is going to seed to legacy devices is numbered 10.0.10586.29. 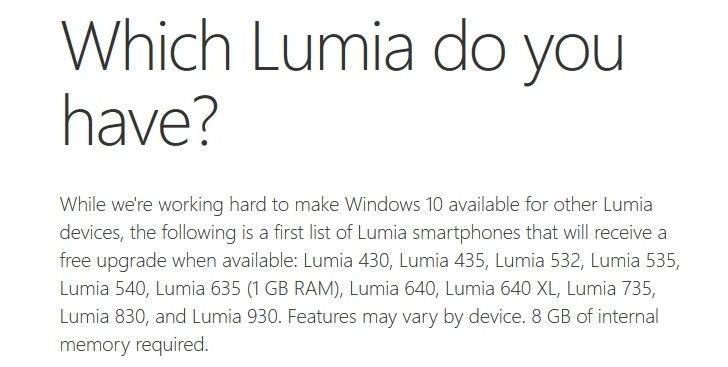