The rumor mill expects that the iPhone 7 will not have a headphone jack, we've even seen schematics confirm it. But we still hadn't seen the other side of the equation - the headphones with a Lightning port.

Well, here's a photo of just such headphones. Nothing has changed really, the remote hasn't gained new features to justify the new port. It's just that these can't be plugged into non-Apple products (or old Apple products for that matter). 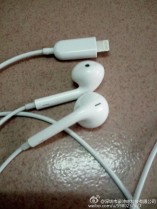 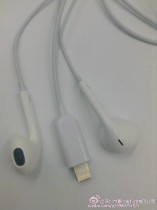 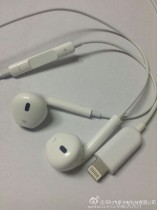 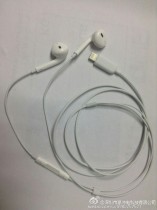 EarPods with a Lightning connector

The Lightning connector at the bottom seems bigger than the connector on Apple USB cables. Perhaps there's a bit of electronics in there? And it's rounded, while official Apple cables are squared off, so this could be a third-party product.

Earlier, we saw an adapter from Lightning to 3.5mm jack, which could bring your old-school headphones to the new iPhone. Either way, expect some pricey new headphones to hit the market (Apple does own Beats).