After a number of leaks, the first official teaser image for Xiaomi's upcoming Redmi Pro smartphone has been released. The teaser also features the Chinese company's CEO Lei Jun who is holding the phone in his hand. 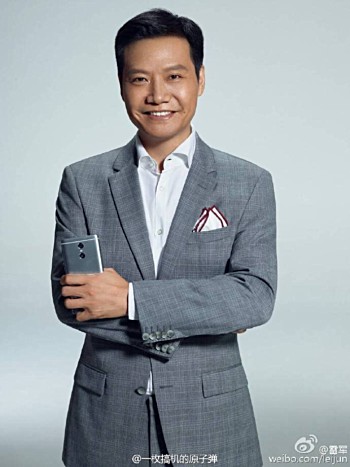 The image only reveals the upper half of the handset's back, but is enough to conclude that the design of the device is broadly in line with what we've been seeing in leaks so far.

Xiaomi has already confirmed that the Redmi Pro is powered by MediaTek's Helio X25 chipset, which boasts a deca-core CPU clocked at up to 2.5 GHz. As for rest of the key specs, rumors say the device will sport 5.5-inch full HD display, 4GB RAM, and 13MP dual rear cameras.