Gionee launched a metal-clad duo that is tight on security and imposingly big. 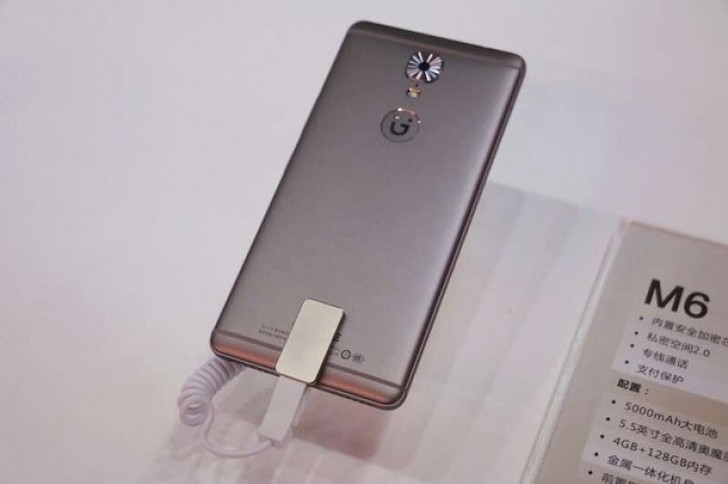 The M6 is powered by an octa-core processor ticking at 1.8GHz. On the back is a 13MP camera with a dual-LED flash and a fingerprint reader.

The Gionee M6 Plus ups the screen to 6" big - AMOLED again with 1080p resolution. The battery grows too, 6,020mAh. Both phones support reverse charging, that is they work like battery packs and charge other devices.

The M6 Plus also has a slightly faster chipset, its octa-core processor is at 2GHz. It comes with 4GB of RAM, but only 64GB storage is mentioned (I doubt there won't be a 128GB version for this one).

Both Gionees have a dedicated security chip that offers 10 layers of protection for your personal data. The fingerprint reader is only part of the security.

Note that neither phone has a 3.5mm audio jack.

Both M6 models will debut in China, but they should venture out to other markets too. Unfortunately, we don't have dates or prices.