The Honor 8, which was unveiled earlier this week, has already scored more than 5 million registrations for its first sale. This was revealed by the Chinese smartphone manufacturer in a teaser image. 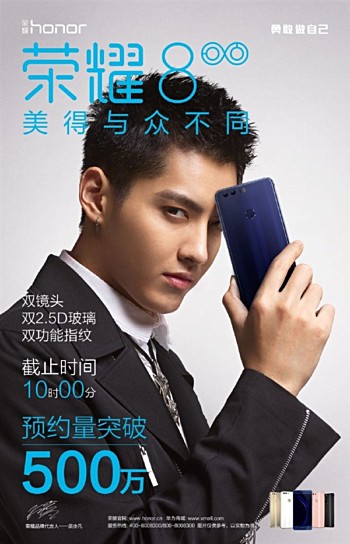 The milestone was achieved in around 4 days, which is quite impressive, although do keep in mind that it doesn't mean that over 5 million people have already pre-ordered the phone - it's just the number of registrations for the sale.