Less than a month after the Lumia 950 started getting it, the 'double tap to wake' feature has now been made available to the device's dual-SIM variant as well. Currently rolling out in the US, the update can be fetched via the Windows Device Recovery Tool (WDRT). 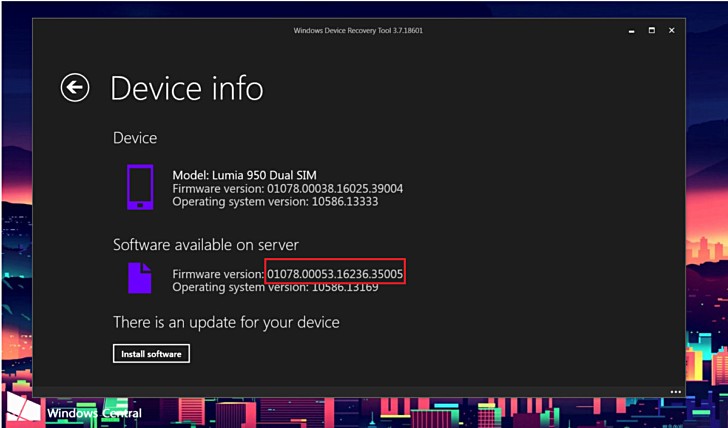 The update, which bumps the firmware version to 01078.00053.16236.35005, also brings along several other changes, including improvements related to WiFi, Bluetooth, camera, cellular connectivity, audio quality, as well as stability and reliability.

While the update isn't currently available over the air (OTA), the roll out should begin sooner than later. Also, a similar update isn't yet available for the Lumia 950 XL dual-SIM.